The principals of the 108 schools taking part in the "Math First" program convened for the first time on January 6, 2015 at the Technion – hosted by the Department of Education in Science and Technology headed by Prof. Orit Hazzan. The meeting was attended by the President of the Technion, Prof. Peretz Lavie, and the Director General of the Ministry of Education, Ms. Michal Cohen. (For the conference agenda, press here)

This meeting is the first of a series of meetings designed to create a network of school principals, comprising part of the strategic partnership between the 5×2 Initiative and the Ministry of Education. The meeting dealt with the management challenges of spearheading a change at the schools, whose aim is to encourage secondary school students to choose, adhere to, and successfully complete 5 study units in Math and Science. 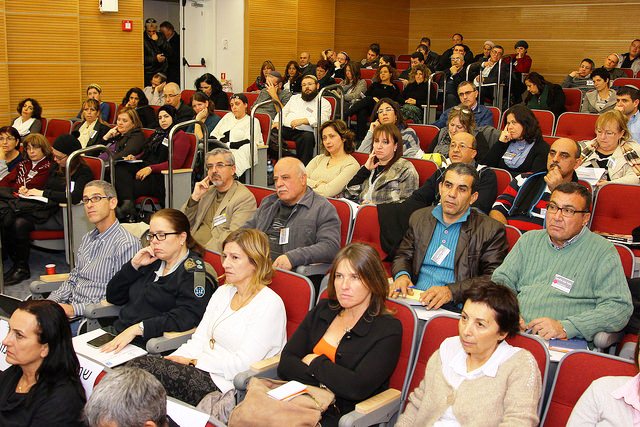 In his opening remarks, Prof. Peretz Lavie underscored the need to increase the number and improve the quality of school system graduates in those subjects, as well as the goals shared by academia and the Ministry of Education.

Ms. Michal Cohen, the Director General of the Ministry of Education, added that: "the 5×2 Initiative is a story of partnership – a common policy, pooled resources, and joint action by the Ministry and 5×2, which explains the source of its potential success." Cohen noted the important involvement of stakeholders from the philanthropy sector, the third sector and the corporate sector, which are engaged and committed to promoting the shared objectives. She also stressed that encouraging excellence in Math and Science advances the worldview underlying the Ministry of Education's "meaningful learning" reform.

The "Math First" integrator at the Ministry of Education, Mr. Mohana Fares, presented the major elements of the program to the principals, as well as data-based objectives for expanding the circle of excellence among all students and among defined target groups, including female students, the ultra-Orthodox sector, and the Arab, Druze and Bedouin sectors.

"Creating Infrastructure and Support for Principals"

Inbar Hurvitz, Director of the 5×2 Initiative at Sheatufim, made note of the unique added value deriving from the broad and diverse circle of partners that are taking part in this shared effort: "At the 5×2 meetings held during the 2013/2014 school year, a clear message came across, according to which the principals are a main junction where the change is being spearheaded. There should be greater awareness among the principals of the importance of taking 5 study units in these subjects, and it is necessary to create the infrastructure and support they need in order to lead meaningful processes at their schools." 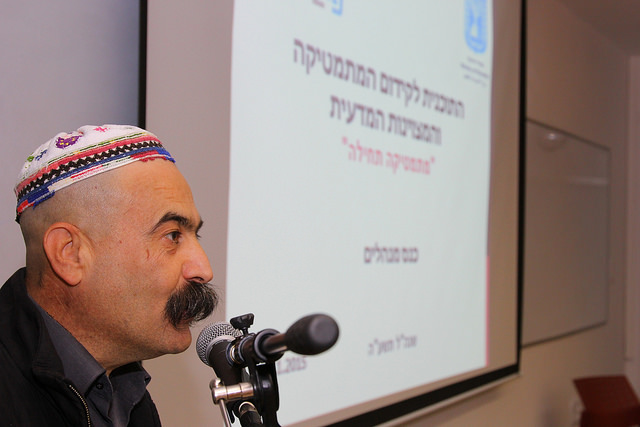 Later on in the meeting, the principals broke out into work groups that were facilitated by the "Avney Rosha" Institute. They practiced using a problem-solving tool that can assist them in the change processes taking place at their schools.  Different issues associated with encouraging 5 study units in Math were raised during the discussions held in the groups, including: the lack of motivation among teachers to teach 5 study units in Math, the critical role played by the parents in increasing the students' motivation, the importance of collaborations with the local authority, etc.

Mohana Fares ended the meeting by saying that "we met principals who are committed to spearheading a change, understand the importance of promoting excellence in Math and Science at their respective schools, and are looking for openness, flexibility and continued joint efforts to achieve the targets."